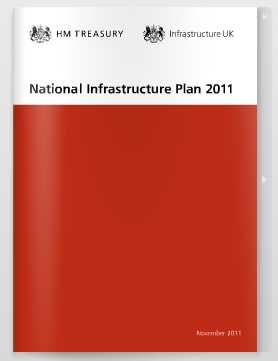 Direct from page 111 item 6.26 The European Union’s habitats and wild bird directives protect Europe’s most precious ecosystems, flora and fauna. The Government strongly supports this objective but is keen to ensure that compliance with the directives does not lead to unnecessary costs and delays in the delivery of important, sustainable infrastructure projects, such as offshore wind developments. In order to tackle problems, the Government is reviewing the directives as currently implemented in England by Budget 2012 and has published terms of reference for this work.

Accelerated investment in Major Infrastructure.
With the additional runway at Heathrow being ruled out and an undertaking to look at proposals for a Hub Airport in the South East we must conclude that all other options are now back on the table. Estuary options are the most prominent options at the moment (not having being ruled out in the speech)