The village is set on the highest point of the Northern ridge {the Hoo Peninsula} it has a wide variety of scenery within its boundaries. It can be approached in any four directions by road, but of these only two give an impression of its true flavour. The narrow, twisting road through the orchards from Cooling and from Hoo and Rochester Dux Court Lane, (both of which are designated ‘Rural Lanes’) winding between tall hedges past the attractive creeper covered seventeenth century farmhouse of Ducks Court,. From both of these directions the village is seen from below up on its spur, the final spine of the uplands which have spread north form the Downs.

The two roads join beside the grey stone and red brick of St Margaret’s Church, with the attractive frontage of the village inn, the Red Dog, next door. Parts of this inn are said to date back to the Tudor period.

The Street runs slightly downhill through the village towards the North, before the land rises again to Northward Hill, at 209; feet the highest point of this part of the Peninsula. On the right is the black and white half – timbered cottage which used to be one of the village forges. On the left is the school, built in cedar. The road passes through the old council estate, but a turn to the left swings it up to Northward Hill.

Here on the crest of the hill, amid ancient oaks, elms, sycamores ash, the thick hawthorn, elder, blackthorn, spindle and bramble clumps, is the National Nature Reserve, an RSPB bird sanctuary of approximately 700 acres. It includes the largest Heronry in England with some 180 pairs of breeding Grey Heron. It is from vantage points around the hill that perhaps the best views are to be had of the immense variety of scenery, ranging from the thickly wooded slopes of the hill itself, over orchards, ploughed land, pasture marsh and out across the estuary of the Thames, which forms the parish’s northern boundary.

The village is a very old one. The name is early Saxon in form, and indicates a pre Christian holy place, set on a hill. The parish church was already in existence at the time of the Doomsday Book, when it is recorded as paying the usual chrism fee of 9 denarii to Rochester. The present building of St. Margaret’s is mainly of the thirteenth and fourteenth centuries, and is distinctive by the red brick restoration work carried out to the tower. It is a pity that the impressive spire shown in the Sixteenth century map, and again in another of 1719, is now truncated. The Manor of High Halstow fell under the lordship of the Manor of Great Hoo. It was owned first of all by the Bardlf family, then passed successively to the Poinz, to Richard, Lord Grey and to the Villers. In the reign of William 3rd one of this family became viscount Dartford and V Baron of Hoo, and in 1697, Earl of Jersey. 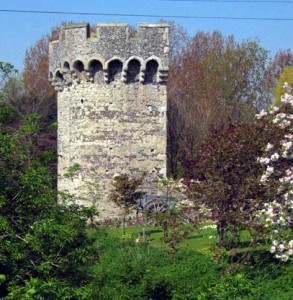 Other land in High Halstow was owned by John, Lord Cobham who, in 1370, gave an estate here to the chantry at Cobham, which he founded; by the prioress and convent at Dartford,; and by the College of All saints at Maidstone. Owing to its isolated position, history has largely passed High Halstow by. Undoubtedly the time of greatest stir here must have been in 1450, when the village priest John the Clerk, was inciting peasants and labourers to rise and follow Jack Cade in his uprising for better conditions. John Clerk’s name is mentioned in three different places in the list of those pardoned, which indicates its level of activity.. We do not know how many he led out of High Halstow, but we do know that one of them was “Simon Dalam, husbandman”, and this name probably has some connection with the present day Dalham farm.

The village will have seen Wyatt and his followers on their way to the siege of Cooling Castle {1554}, but little other activity until the growth of smuggling in .eighteenth century. The wide flat marshes broken by frequent drainage ditches, so baffling to pursuers, saw much of this, and Shade House, a lonely house out on the marshes, was connected with this trade. It is said that goods landed on the shore at Egypt Bay were concealed there and sheep driven across the tracks to cover them. The marshes, very extensive in this parish, have been reclaimed from the original tidal- washed saltings to the South of the river, whose waters once reached almost to the ridge. The majority of the early reclamation work was carried out in the seventeenth century and completed in the nineteenth when the feared “Marsh ague” {Malaria} was finally brought under control. The reclaimed land now provides extensive pasture for sheep. 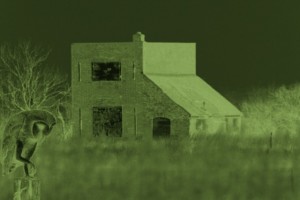 These marshes are of outstanding ornithological value. Large numbers of European white fronted geese, widgeon and shell-duck winter here and in the adjacent parishes. There are also significant numbers of mallard, Shoveler, pintail and teal. They also provide a breeding place for various different varieties of duck, and in the tidal area an extensive feeding area for thousands of waders

This entry was posted in Appraisal. Bookmark the permalink.

The Parish of High Halstow
Geography