At the Parish Council meeting of 13th September 2017, representatives for Redrow Homes addressed the Parish Council and the 200 plus members of the public regarding an application they are proposing regarding farmland at Walnut Tree Farm which is off Britannia Road, to the east of Willowbank Drive and behind Longfield Avenue. The access to this new development would be a new access road from Britannia Road.

The initial proposal was to discuss 71 dwellings (this isn’t a final number and may be subject to change) which were made up of a mixture of 2, 3 and 4 bedroom houses and 3 storey flats. In accordance with any new proposals there was also a 30% allocation allowed for affordable houses.

Medway Council are currently producing a Medway Plan (due for completion late 2018, early 2019), which will have a number of options which the representatives from Redrow Homes are saying that this site is included in some of these options. The fact the plan for Medway Council has yet to be agreed means that this can be seen as a predatory application with developers trying to exploit the current situation.

The representatives explained that they had undertaken their own ecological assessment as well as reviewing other survey results from other agencies. They plan to consult with the residents of High Halstow individually as well as holding an exhibition for all to see the whole detail in order to ascertain views

The Parish Council accepted that that there was likely to be some form of housing allocation when the overall plan is adopted but it had to be acknowledged that this development may not have been part of this plan and therefore could be an additional allocation.

Previous expansion in recent years, when the village approximately doubled in size provided no additional services/improvements to the village and these issues would need to be addressed as otherwise this development would only compound the inherent problems such as

Please find below pictures of the plan circulated at the meeting, this plan is also available to be seen at the Village Hall, main door. The Parish Council will be seeking your views and trying to ensure all the information to be had is available to all of the residents 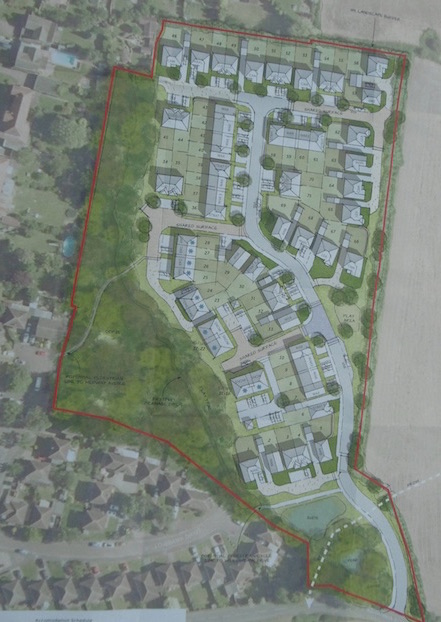 This entry was posted in Blog and tagged Redrow Homes, Walnut Tree Farm. Bookmark the permalink.